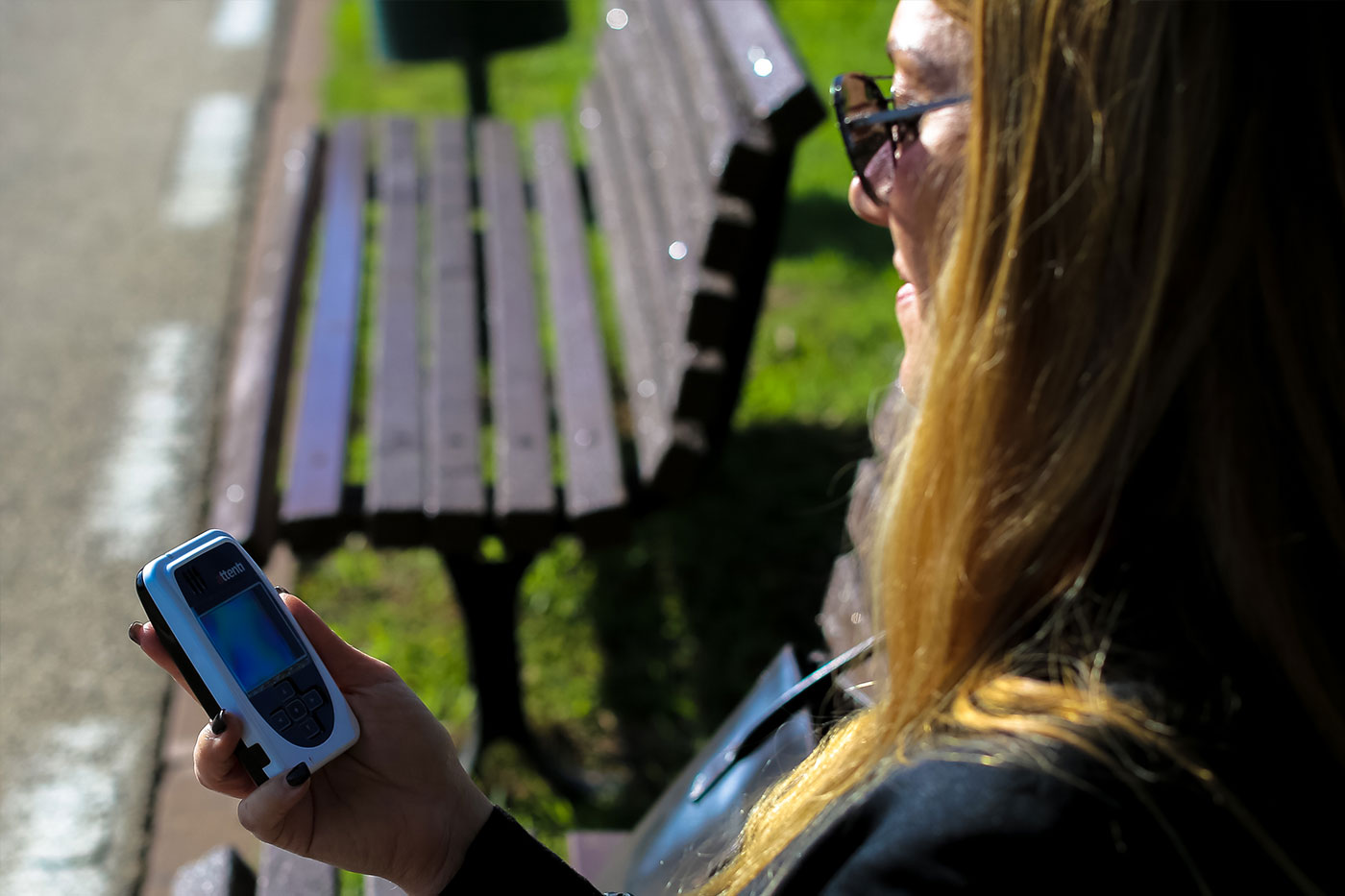 About Attenti
attenti Electronic Monitoring is a global provider of location verification services, designed for monitoring individuals in the law enforcement, immigration, corrections and healthcare sectors.
Share this post

A recent article published in Justice Trends states, “Some comparative studies have claimed that EM offers no real benefit over standard restraining orders in the long run.” However, others do believe that EM programmes can be instrumental in protecting victims and providing a sense of security while enhancing supervision over aggressors’ compliance with restraining orders.

One of these people is Luna. Luna is a domestic violence survivor who we interviewed to get her experience of the EM programme and its effectiveness.

A Survivor Of Domestic Violence Speaks Up

Luna began, “Three years ago, I entered into a relationship with a man who I met on a social network. During the relationship, I experienced psychological violence and was constantly manipulated. After a few weeks, I started to feel that something wasn’t right.” At the time, she started feeling insecure, depressed and suffered from low self-esteem.

“One day, we attended a birthday party together and as we were leaving, my partner began hitting me. I ended up polytraumatized. I went to the doctor that recommended that I file a report with the police.”

“One day, he sent me photographs of my three-year-old son, and it was then that I realized that my son and I were in danger.  I went to the Police Special Unit for Gender-based Violence and filed a report against him. In my country, if the judge certifies that a perpetrator or offender is dangerous and his or her behavior poses a risk, then cautionary measures are put in place. In my case, the man was considered high risk. A restraining order was issued along with bilateral electronic monitoring, to ensure the restraining order is fulfilled.”

Some Offenders Do Not Play By The Rules

In some cases, the EM programme and monitoring are effective in keeping some offenders compliant and abiding the rules of the court order. In other cases, like in Luna’s case, the restraining orders are just a piece of paper that does little to keep offenders away. Luna explained, “While it was difficult to live under constant surveillance and monitoring for such a long period of time, it only became more difficult because the man did not abide by the rules”.

900 Days Of Hell And 45 Transgressions Later…

“The EM device did not ensure compliance from his side. Hearing the reports became overwhelming. Each evaluation showed evidence of his attempts to try to reach me. There were more than 10 attempts and as a result, the restraining order and EM was extended. I had to keep the electronic device with me for about 900 days.“

After two years, she experienced 45 transgressions and violations to the restraining order. After many requests and continual pleading, a prosecutor finally took her case. “It took a year battling it out in the Criminal Court to achieve a positive outcome. This outcome was possible through the programme reports and electronic evidence made available. He was sentenced to jail time and is currently serving three years in prison,” said Luna.

According to Luna, “Although I was living in a constant state of alarm, the EM programme allowed me to slowly rebuild my life.” She was able to get married and soon fell pregnant with her daughter. “My pregnancy was spent inside police stations and traveling in patrol cars. I also ended up going into premature labor due to extreme stress.”

While all this was happening, Luna had to take care of her son. Many times she had to fetch him in a patrol car and hide him in secure locations in the middle of the night. She continued, “I found myself regularly explaining to him, in a story-like fashion, why officers were in our home with us at certain times.”

“On a positive note, my son was happy that his mom had police officers as friends and other officers who took care of us. My son also loved traveling in those patrol cars. Looking back, being monitored for that long, it actually taught me to put on a happy face even when the terror is winning inside.”

From Bravery To Avoiding A Situation Of Too Close For Comfort

Luna was given an electronic device to indicate her location and ensure that a safe distance was kept between herself and the offender. “When he was getting closer, I was immediately alerted.”

Luna explained that this proved to be a better alternative to common panic buttons which have to be set off by the victim. “In my opinion, panic buttons increase the risk of the perpetrator actually reaching the victim because the victim can only press the button if and when they see the aggressor. Asking for help when the perpetrator is close enough to be in view may be too late.”

Luna believes that panic buttons sometimes lead to time and resources wasted with police officers arriving too late after receiving the call for help. She said, “Protect the woman by keeping a safe distance through monitoring both whereabouts, and don’t wait to actually see the aggressor.”

Luna recommends women to join the EM programme. She said, “EM is one of the reasons I am here today. It could be the very reason I am alive, safe and sharing my story in an attempt to show others that it does work. While we have a lot to solve in this whole process, this programme is the difference between life or death; victim or survivor.”

In her opinion, this programme is the most effective and transparent way to gather proof to prosecute someone who is not complying with the judge’s orders. “It effectively showed me how my offender was actively trying to reach and target me,” she said.

It’s Okay To Come Forward And Report Your Aggressor

With the EM programme, and other solutions showing positive outcomes, she hopes victims of domestic violence will be encouraged to come forward and report their aggressors. “They need to know that there is an effective solution and that they can enjoy security and become survivors. It’s a solution that I believe will guarantee their safety.”

With Luna’s positive review of the EM programme, it is evident that victims are, in fact, kept safe. It is further evident that the programme is effective in providing security, support and assistance as well as the monitoring of the aggressors’ compliance or non-compliance with court orders.

Another Victim Becomes Victorious In Her Battle Against Domestic Violence

While online studies may present a mixed bag of negative and positive reviews, our belief of this programme still stands strong with yet another programme participant becoming victorious in her battle against domestic violence. For more information on the EM programme and other solutions, click here.

Connect With Us
Ready to illuminate your job-site? 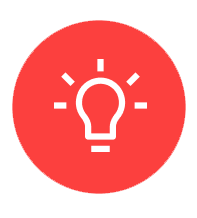 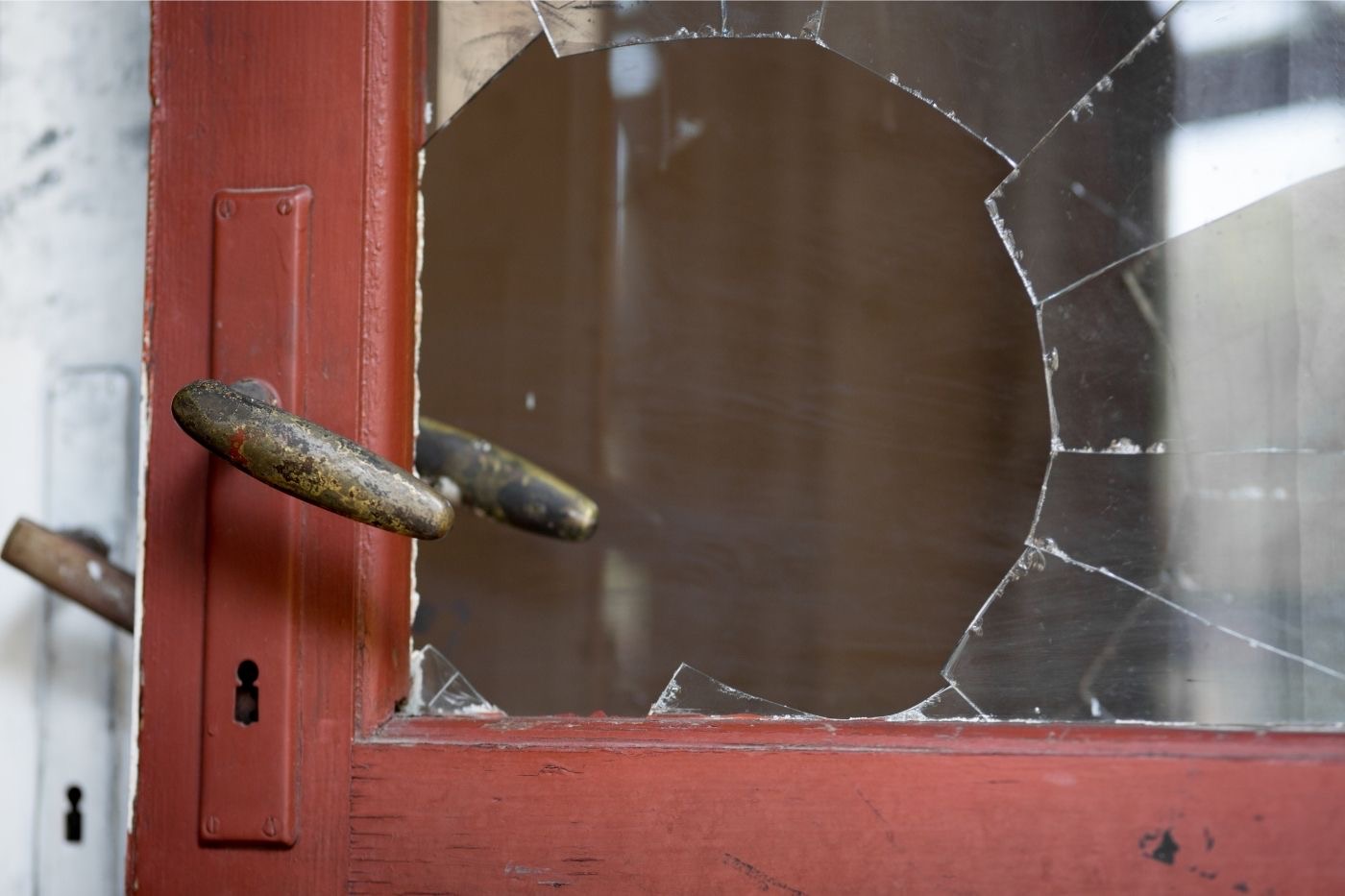 Do non-violent offenders need to be incarcerated? 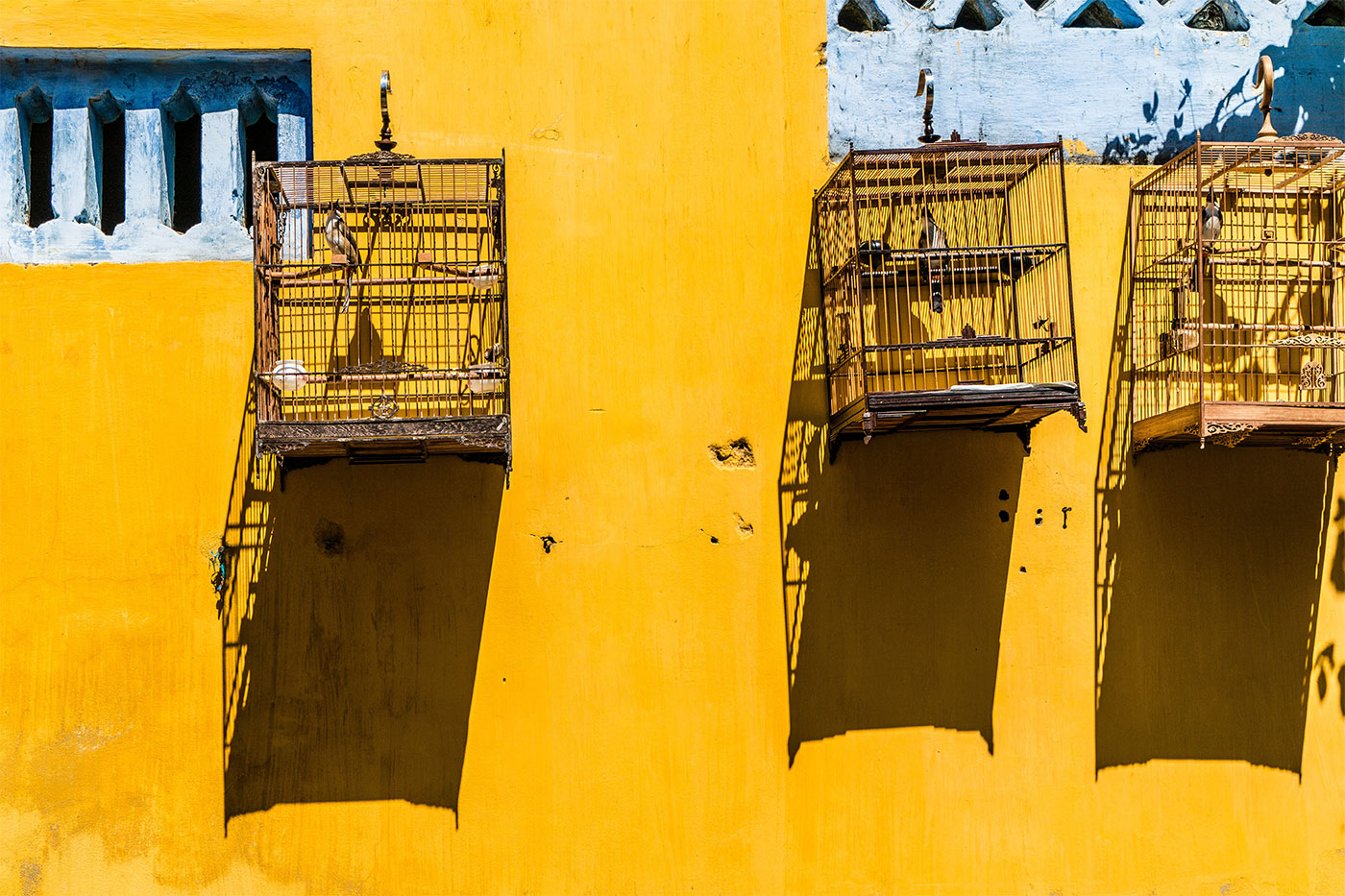 Prison Overcrowding: Is there a better solution? 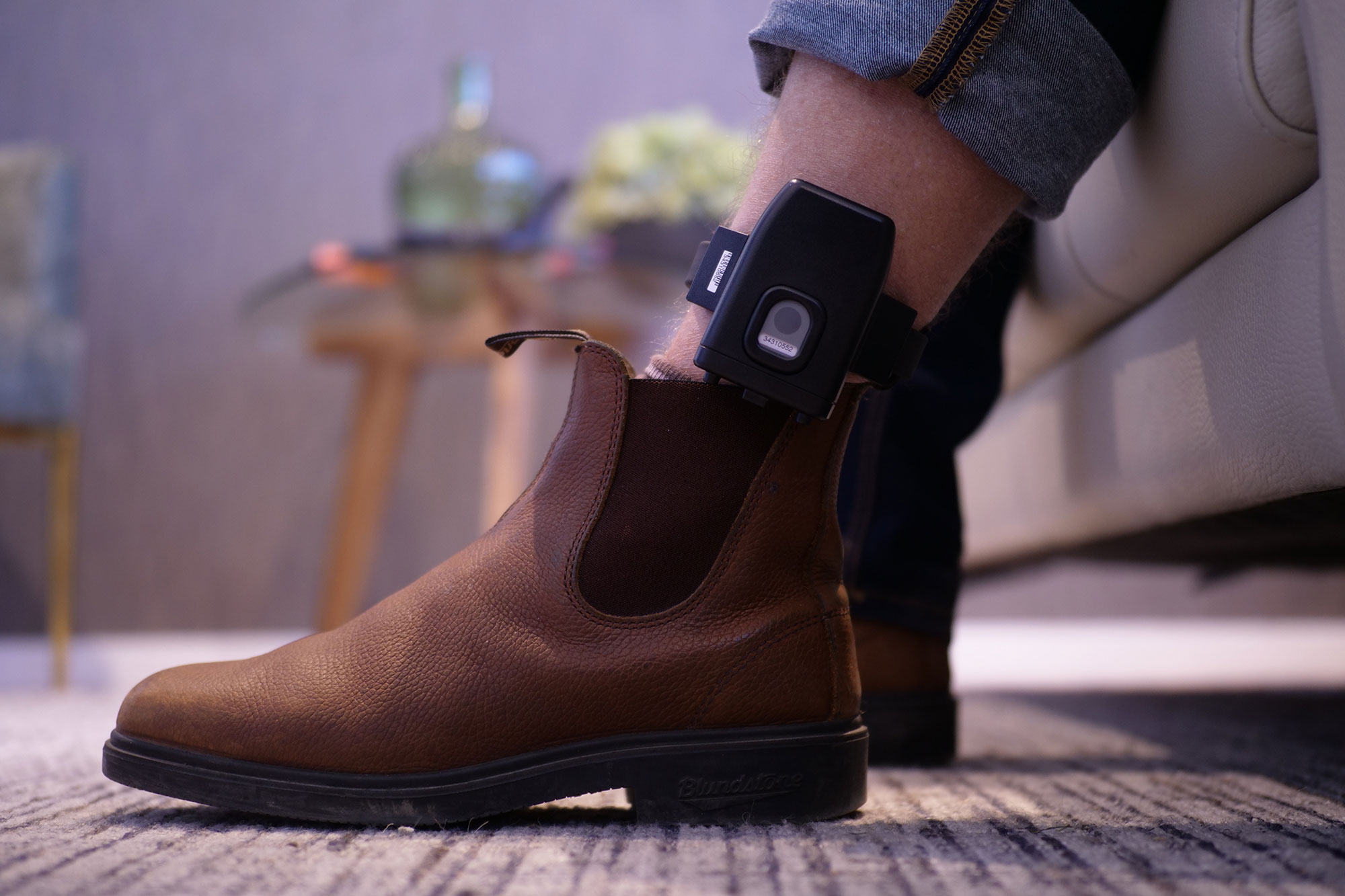 Has the jury made a decision on Electronic Monitoring?
We use cookies on our website to give you the most relevant experience by remembering your preferences and repeat visits. By clicking “Accept All”, you consent to the use of ALL the cookies. However, you may visit "Cookie Settings" to provide a controlled consent.
Cookie SettingsAccept All
Manage consent

This website uses cookies to improve your experience while you navigate through the website. Out of these, the cookies that are categorized as necessary are stored on your browser as they are essential for the working of basic functionalities of the website. We also use third-party cookies that help us analyze and understand how you use this website. These cookies will be stored in your browser only with your consent. You also have the option to opt-out of these cookies. But opting out of some of these cookies may affect your browsing experience.
Necessary Always Enabled
Necessary cookies are absolutely essential for the website to function properly. These cookies ensure basic functionalities and security features of the website, anonymously.
Functional
Functional cookies help to perform certain functionalities like sharing the content of the website on social media platforms, collect feedbacks, and other third-party features.
Performance
Performance cookies are used to understand and analyze the key performance indexes of the website which helps in delivering a better user experience for the visitors.
Analytics
Analytical cookies are used to understand how visitors interact with the website. These cookies help provide information on metrics the number of visitors, bounce rate, traffic source, etc.
Advertisement
Advertisement cookies are used to provide visitors with relevant ads and marketing campaigns. These cookies track visitors across websites and collect information to provide customized ads.
Others
Other uncategorized cookies are those that are being analyzed and have not been classified into a category as yet.
SAVE & ACCEPT